Everyone has his dance. 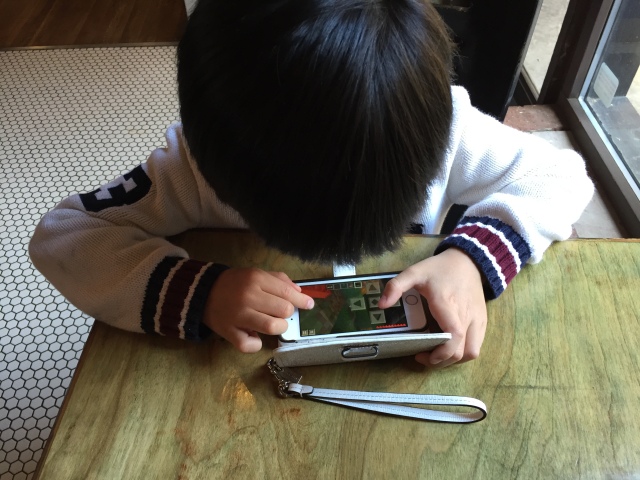 Everyone has his dance, according to his place and time.

Yesterday wound down into a numbing anticlimax. The acting class was hell. But not just plain hell. It was excruciating hell. The teacher, who I found smoking on the fire escape during class break, managed only about six coherently organized words in each sentence before she dropped into an “um” or a “whatever” or a “you know”. That verbal garbage is the auditory equivalent of raw kale. The students muttered their lines and chewed up their words as my hearing aids and I sweated to understand. The young Chinese guy couldn’t sit still in his chair for more than 30 seconds. His arms, for reasons only he may know, often flailed wildly during the class, and he exploded into raucous laughter over everything. He flailed his way from the chair onto the floor and stayed there for the bulk of the class. Everything that happened was hilarious, and to everyone but me. When everything is funny, nothing is funny. That’s how I see it.

The teacher asked for us to stay five minutes beyond our 9:30 stop time. She was still umming and whatevering and youknowing at 9:35. I collected my stuff and left, just in time for an unscheduled show on the Q train.

The Q train to Brooklyn has a nice long stretch with no stops on elevated tracks across the water. It’s tailor-made for the young black guys who come aboard with the ghetto blaster and take control of the car to do their dance. I understand why they do this. It’s their only venue, their only hope. It’s all they’ve got, and that’s not right. They hold everyone captive. That’s not right, either, but this is the world.

The train barreled along. There was no escape until the next stop. These were their opening lines: “Don’t say nuthin’ negative about my little brotha’s dancin’” and “we ain’t doin’ this for da money.” These are standard lines. Then they turned the fucking ghetto blaster on: the rusty clatter and clank of the subway are almost sweet compared to what came out of the thing. They danced. It was wild, but well-controlled. They’re skillful. They’re strong. No passenger got kicked as they wrapped their lean, dark, agile bodies around the poles and swung from the rails fastened to the ceiling. The action stopped; the show was short. As the credits rolled, they walked through the car holding their caps upside down to catch some dough. No dice.

The NYPD tried to wipe out subway car dancing. There will never be enough cops. But there are also too many cops, and in all the wrong places, stopping people for broken taillights and then knocking their lights out, forever. It’s tough everywhere and it’s hard to generalize, so I won’t. Please don’t accuse me. I know there are exceptions and to everything. I’m awake enough that I really do understand. I hope everyone does, and real soon. (Last week a guy came on the car and gave a fine unaccompanied performance of “All of Me.” I gave him a five. I’m not hard. I just know what I like.)

But the day began with some real magic that’s been happening most mornings. The people I’m staying with have a son, a sweet little guy with close-cropped black hair, beautiful dark eyes, and a narrow band of light freckles across his face, just below his eyes. He’s all head—an outsized head atop a wobbly little-boy-body. He likes to stand with one foot on top of the other, but he wobbles, and he smiles sheepishly while he wobbles. He’s figuring out what this body he’s in can do. He doesn’t quite get it yet. It’s a mystery to him, as once it was to us all and may still be to some, myself included.

In the morning, he opens the door to his room a little bit and pokes his face into the opening. For a brief moment, he opens it wider. Then he thinks he’s revealed too much, so he closes it a bit, leaving it open just enough to see me at the kitchen table. He wants to know who I am, to come closer, but he’s shy, he’s uncertain about this new man in his house. I wave to him with my four fingers. He waves back. Finally, clad only in his underwear, he comes to the table. He looks at me. “What are you having?” he asks. I fill him in. “A muffin, some apples.” “That’s a muffin? It isn’t round,” he says. “It’s an English muffin,” I tell him. And, smiling shyly, he just looks at me with his bright little eyes as he wobbles again, with his left foot on top of his right. That’s his dance right now.

Later he makes his way into my room and we discover interesting things like my electric toothbrush, which he says is very cool, and the portable water pick. I do my best to explain that it washes stuff from between your teeth, but he tells me he thinks it’s meant to put food in between your teeth.

He moves on to his video game, and our sweet connection is tabled for the day.

Gaining a son is the greatest thing that can come into a man’s life.

My feet are finally in the water, and I want to keep them there.
View all posts by Russ Wollman →
This entry was posted in City Center, Love, Uncategorized and tagged beauty, childhood, desperation, frustration, love, manhood, Men, New York, the heart, transportation, young. Bookmark the permalink.

2 Responses to Everyone has his dance.